Plagues toy assembly line. The kids sort and fill each Box O’ Plague before each seder.

In DIY Passover Plagues Box, I gave reasons and instructions for a kid-created seder activity: a box of plagues toys. You can keep the toys in a bin and pull them out every year, adding to and tweaking the selection as your kids grow. Preferably, they do the adding and tweaking with you.

Our favorite way to store and use the toys is in a home-made Box o’ Plagues, created from an empty matzah box.

With a scissors and a few pieces of tape, you’ll have a box with a lid, ready to put at each place setting (if you calmly use the boxes at the table, finding and holding up each toy in turn) or to give to each person as you prepare to throw things in the living room (Ancient Egypt).

By the way, transforming an ordinary matzah box, which opens at the narrow flaps on one end, into a box that opens along the entire front is an exercise in spatial relations for some folks…

Below are pics of the process. The important part is to add a picture, photo or drawing of the plagues IN ORDER on the inside of the lid. This way, the user can look at the inside lid and see what toys need to go in the box (before the seder) and which toys to pull out when (during the seder).
Photocopy a page from an illustrated haggadah or storybook, or help your kid craft her own.

Here are some pics of the box-making process: 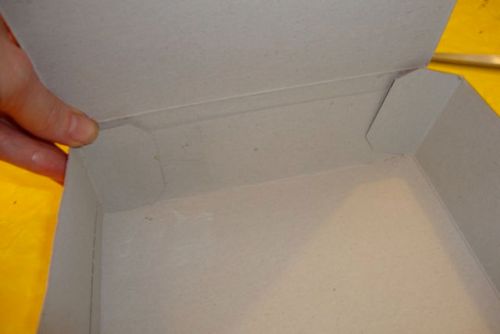 Tape down the flaps under the new lid, left and right 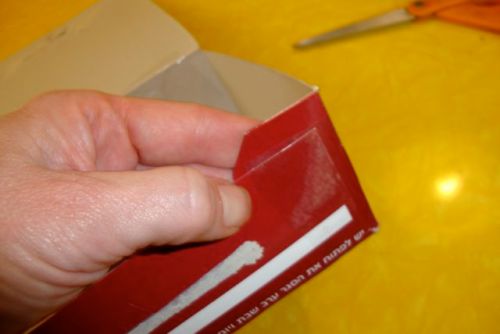 Now tape the tabs at the new front of the box. Increases stability.

Finished Box o’ Plagues, ready to load with tchotchkes, one per plague

And I’m sticking in another photo of one example of DIY plagues toys.

Remember, part of the fun and the educational benefit is for your kid to run around and figure out what toys can represent each plague.

Disclaimer: the term Box O’ Plagues was the fabulous educational toy by HandsOnJudaism, c. 2001: best one on the market then and since.

This entry was posted in Crafts, Passover and tagged plagues, seder. Bookmark the permalink.